The journey to elevating the voices of Africa’s borderlands has started on a very strong footing, despite the devasting impact of the COVID-19 global pandemic. Africa’s borderlands are regions of strength, all -inspiring beauty, resilience, and creativity. The generations of borderland communities who occupy these spaces prove this as they continue to adapt and thrive. The Africa Borderlands Centre is the manifestation of a bold statement by UNDP, and its partners’ collective resolve to uphold the farmers, pastoralists, intellectuals, traders, historians, artisans, caregivers, women and youth at the heart of UNDP’s development actions. It is with great pride and encouragement that I endorse the Africa Borderlands Centre’s mission, a centre piece of the Africa Promise and UNDP’s Renewed Strategic Offer for Africa.

‘Borderlands’ are the territorial margins of nation-states – regions where border contact is a central feature of economic and political life. In Africa these regions play host to more than 270 million  inhabitants, a combined population significantly larger than any single state on the continent.

Development approaches have tended to design programmes around national development plans, which are implemented within national borders and often overlook the unique challenges of  borderlands and their connection to regions outside the national territory. The absence of dedicated borderland programming at a regional level has been a critical gap in developmental policy and practice.

The Africa Borderlands Centre treats border regions as distinct economic and political zones in their own right. The ABC offers specialized, expert knowledge and technical advice to enable the better design, implementation, and adaptation of development programmes for border regions across  Africa. It is an expert resource of intelligence and expertise in support of national governments,  inter-governmental agencies, UNDP country offices, UN agencies, development partners and other key stakeholders.

The ABC is committed to enhancing opportunities for people living in Africa’s borderlands and more importantly, giving them a voice to be an integral part of all ABC development programming.

The Centre’s work is framed around two pillars:

1. Co-creation of innovative solutions through the Borderlands Laboratory

The Centre’s social laboratory will work with borderlands influencers and leaders to co-create ‘innovation challenges’, aimed at transforming security, economic and environmental vulnerabilities in the borderlands into opportunities for inclusive development.

The Centre is action-oriented, and its research will equip policy and decision-makers with more and better data, cutting-edge analysis, lessons learned, and good practices.

Collecting and sharing lessons learned and best practices in borderland activities, developing a toolkit for operating, researching, and programming

Innovating through testing and local adaptation, with a strong emphasis on local voices, recommendations, and feedback from border-land communities

Supporting the AU, RECs and partner governments to mainstream borderland issues and improve border and borderlands policies and sub-regional initiatives

This is the heart of the Africa Borderlands Centre’s (ABC) work. It will facilitate the testing and experimentation of Borderlands programming through annual Innovation Challenges. The 2021 theme will be on ‘improving livelihoods and informal-cross border trade for Borderlands communities.’

The Knowledge and Research Products

The co-creation of authentic borderlands knowledge will be focused on the codification of key physical features, historical features, socio-economic issues, and other critical information from border communities into the Africa Borderlands Encyclopaedia.

Building on the 2021 Innovation Challenge, local solutions will be carefully documented, to inform the emergence and scaling up of new models of implementing development interventions on informal cross-border trade. 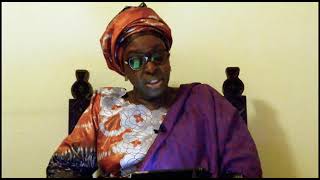 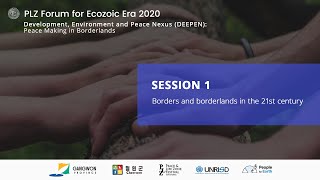 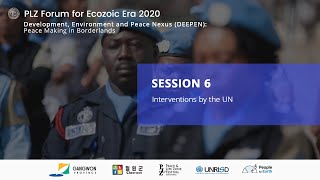 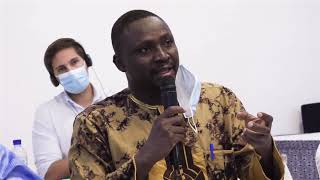 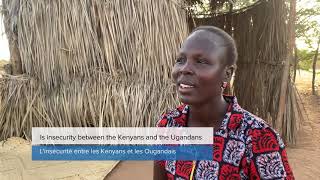 Our team will dedicate resources to ensuring that we are accessing and producing cutting edge research, specifically focused on understanding the unique challenges facing Africa’s borderlands, both from an issue-based and a programmatic perspective.

Zeynu Ummer is the Team Leader and Senior Technical Adviser and leads on all strategic undertakings to facilitate the implementation of the Integrated Resilience Borderlands Offer for the Africa Borderlands Centre.

Kareen Shawa is leading on strategic communications and visibility focusing on evidence-based integrated communications to all stakeholders and human-centered storytelling to elevate voices from the borderlands.

Evans has over 10 years’ experience in Data Management and Analysis, Research and Evaluation Methodology, and the applications of statistical concepts in data visualization and insights generation. He has taken consultancy roles with UNAIDS, UNICEF, Coffey International Development, and IBTCI in the areas of international development and health with work experiences both in Kenya and South Africa.  Evans is working in collaboration with the Data Analyst in the development of ABC data-driven products.

Enock is leading on mapping opportunities, challenges and solutions across the border areas of interest by engaging the community to identify areas of possible development.

Confred Nzau-Mwagambo is leading on programme and admistrative functions to ensure compliance within UNDP policies.

Halkano has over 2 years’ experience in research and data in donor supported programs. His most recent assignment was with YETU INNITIAVE a project supported by Aga Khan Foundation in partnership with USAID Kenya. Halkano is assisting with key mapping of stakeholders to ensure accuracy of ABC's engagements with partners.

Kristoffer is leading on work in support of national governments, the African Union and RECs, UN and IFI partners, UNDP Country Offices and development partners to support the development of dedicated borderlands programming, particularly at the cross-border and regional level.

Antony is leading work on data analysis and is responsible for the delivery of cutting-edge data, analysis and knowledge on critical borderlands policy and programming.

Dales has over 5 years’ experience in regional and global Business Marketing, Operations Management and Sales. Her most recent assignment was with The First Group as the General Sales Manager East & South Africa. Dales is assisting with operational components of the ABC.

Kennedy has over 5 years’ experience in Statistical Data Analysis and Management, Research, Methodology, and AI and Machine Learning modelling and applications. He is working in collaboration with the Data Analyst in the development of ABC data-driven outputs.